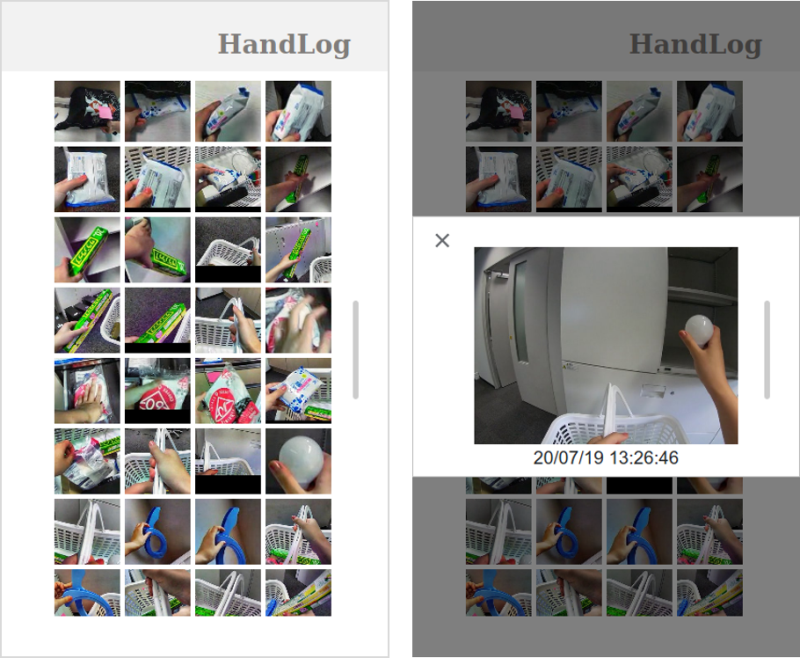 People spend an enormous amount of time and effort looking for lost objects. To help remind people of the location of lost objects, various computational systems that provide information on their locations have been developed. However, prior systems for assisting people in finding objects require users to register the target objects in advance. This requirement imposes a cumbersome burden on the users, and the system cannot help remind them of unexpectedly lost objects. We propose GO-Finder ("Generic Object Finder"), a registration-free wearable camera based system for assisting people in finding an arbitrary number of objects based on two key features: automatic discovery of hand-held objects and image-based candidate selection. Given a video taken from a wearable camera, Go-Finder automatically detects and groups hand-held objects to form a visual timeline of the objects. Users can retrieve the last appearance of the object by browsing the timeline through a smartphone app. We conducted a user study to investigate how users benefit from using GO-Finder and confirmed improved accuracy and reduced mental load regarding the object search task by providing clear visual cues on object locations.

We present a new task that predicts future locations of people observed in first-person videos. Consider a first-person video stream continuously recorded by a wearable camera. Given a short clip of a person that is extracted from the complete stream, we aim to predict his location in future frames. To facilitate this future person localization ability, we make the following three key observations: a) First-person videos typically involve significant ego-motion which greatly affects the location of the target person in future frames; b) Scale of the target person act as a salient cue to estimate a perspective effect in first-person videos; c) First-person videos often capture people up-close, making it easier to leverage target poses (e.g. where they look) for predicting their future locations. We incorporate these three observations into a prediction framework with a multi-stream convolution-deconvolution architecture. Experimental results reveal our method to be effective on our new dataset as well as on a public social interaction dataset.